Since we are quite a bit behind, here’s a new posting policy: Writing first, pictures later! (Makes it easier to keep this updated.)

(Although this entry is about our first evening here, a lot of later impressions were added to it, so we don’t have to write another post about it.)

We arrived in Kowloon on late Tuesday afternoon and checked-in into our hostel. After enjoying the air con for a while and checking the Internet (important stuff first) we decided to take a little stroll around the block. It’s not quite what we imagined it to be, almost a bit scary, but quite interesting. Thanks to the culture mix, I guess you could throw in some American metropolis with a middle east urban town, stir around a bit and get Kowloon.

But before we continue, let’s talk about weather. Let’s talk about 35-40°C and humidity of 75-90% (depending on where you are). Let’s talk about air conditioning in every store you pass, in every building you enter, in possibly almost every room in Hong Kong, as well as the trains. Then again, we already said enough and you can figure yourself how much of a contrast shower Hong Kong is. And this is not high summer. In July it’s said to be worse.

So, while walking through the streets, we got a lot of direct offers regarding tailors, food and foot massages (which is apparently not a code for something different). Every building has a store on the ground level and there’s not a real system here. Exquisite boutiques, money exchangers, food stores, tailors, pot merchants (some of them are big enough to fit in the most of one of us), super markets, electronic stores, they all are to be found everywhere and often enough next to another. And you can’t go for a few blocks without finding Starbucks. Also you can’t go far without stumbling on a mall. Everything amidst people who most likely can’t afford the stuff there. 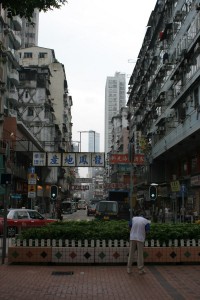 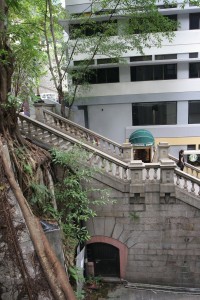 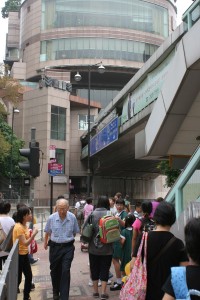 Orientation isn’t really a problem, once you get used to it. (In other words, our first stroll was a bit of “Lost in Hong Kong”.) You alway find a sign to direct you to a nearby landmark or tourist attraction and once you get a map, you can make use of the street names to find your way with ease. If you even got a compass in your inventory you won’t go into the wrong direction sometimes and can thus go everywhere at full speed. But that’s optional. The map is the most important thing. Truly an epic item handed out by the tourist bureau. 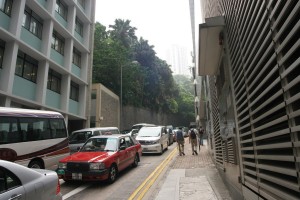 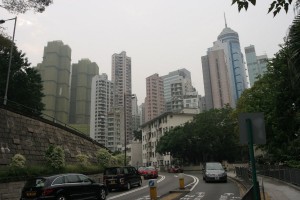 Beware of the traffic. The streets are always filled with cars and pedestrians are way down below on the food chain. So, use traffic lights, most times you are safe there. Though, some of the natives don’t care about traffic lights. They cross the street whenever they see a chance. Most likely they developed a special sense for that… or are suicidal… probably both. It’s survival of the fastest. Anyway, it’s better to way till the beeping sound of the lights get faster. This helps people who can’t see good or (which is more common) are busy with their cell phone or newspaper.

That’s it for today, stay tuned for till next time.