On Wednesdays you can get into most museums in Hong Kong for free. That was a nice start to our visit in HK. We visited the HK Museum of Art, where they have a great collection of classic and modern calligraphy. Also there was an exhibition of the late Wu Guanzhong, who was an exceptional Chinese painter.

It took a few pictures, but eventually I could adjust my view to the eastern way to analyze a picture. That was quite an interesting experience. To explain that: In western art, you usually analyze a picture from left to right, as this is the way we usually read. So the eye enters the image from the left and searches for an area with high contrast. From there on it usually follows some flows till it gets blocked or finds the area, that the artist originally wanted to show. This is a more or less basic rule to create an image. Once you start looking at pictures like that, it’ll be much more easy to figure out what an image is all about. Of course this is no perfect rule, as many artists don’t know that rule or don’t follow it intentionally.  But it helps. You’ll often find that in advertisements, where, for example, the curves of the model direct your view to the product it’s advertising.

Anyway, the point I was getting to is, that I couldn’t figure out some pictures of Wu Guanzhong, until I finally remembered how I was viewing the picture and just changed direction to right to left (since this is the way you read classic Chinese, as well as modern Chinese, as long as it’s written from the top to bottom). After that, I could enjoy the art even more. Also, this is the direction one should view an exhibition, especially with calligraphy, since you can the read the plaque first and view the art in the correct direction. 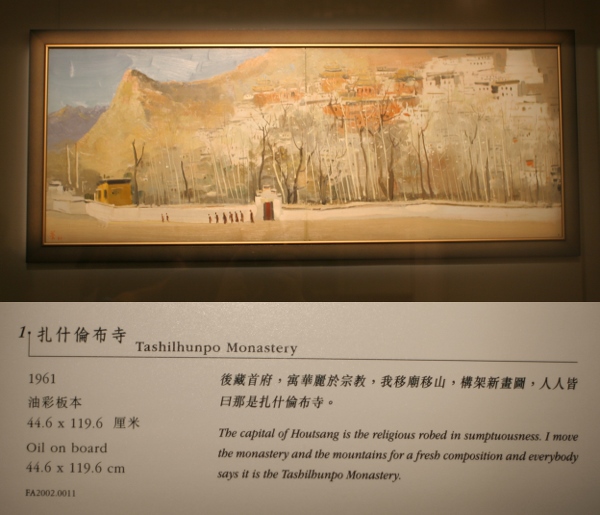 This is a nice and easy image to demonstrate the difference of western and eastern art. You see, in western art, it would’ve most likely been flipped horizontal. The people would be walking into the other direction as well. (Of course it will look odd when you just flip it, since other things would have to be adjusted as well to make it look good.)

In the museum shop they had a large copy of ‘Cranes in Dance’ by this artist. Well, I would’ve needed a few ten thousand HK$ more and some way to get it home, but if I had that I would surely hang it onto my wall… once I get rid of some furniture. Be sure to have a look at some of his paintings.

We had our first coffee in HK in the Museum Cafe. Well, that wasn’t something that would interest you, but for us, coffee is important!

Next stop was the Tourist Information Center. This was the most vital visit of the whole HK trip, since we got a map of the city here (as already said in another post, a truly epic item). We also book a trip on the Duk Ling junk for the next day.

After that, a short visit to the Space Museum, which was nice, but not too thrilling, even for someone who is into the topic. It was targeted too much towards kids and some of the information was a bit outdated.

Unfortunately we couldn’t visit more museums, as it was getting late. But already marked some of them for future trips to HK, like the Museum of History

Last thing to do was finding something to eat. Now, that was tough. Not finding something to eat in general, but something we would want to eat. Trying to find a good Chinese restaurant in Kowloon can be quite hard when being in the wrong area. Western style food everywhere, but Chinese? Well, we settled for overpriced mini burgers at McLovin’s Tavern out of desperation. Go us! 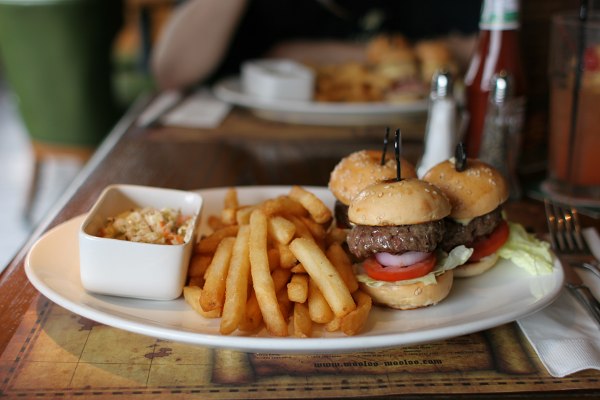